Chief Adam Turk began his law enforcement career 25 years ago. He has been with the Greeley Police Department since 1999. He has worked in a variety of positions to include patrol officer, sergeant, lieutenant and deputy chief. His experience includes working as an officer, a field training officer, detective, detective sergeant and commander of investigations. He served as the SWAT commander and coordinator of the 19th Judicial Critical Incident Response Team. Chief Turk oversees the day to day operations of 221 police department employees, including 157 sworn officers and 64 non-sworn civilian employees. Interim Chief Turk has a Bachelor of Arts Degree and a Master of Arts Degree from the University of Northern Colorado and is a 2016 graduate of the FBI National Academy, Session #266. 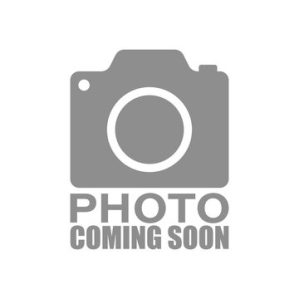 Commander Jason Edwards started his law enforcement career in 2000 and began his career with the Greeley Police Department in 2003. Commander Edwards worked as a Greeley Patrol Officer, Field Training Officer, SWAT Officer, Gang Unit Detective, and was assigned as a Task Force Officer for a Federal Agency. He promoted to the rank of Sergeant in 2014. As a sergeant, he supervised a patrol shift, the K9 Unit, the 19th Judicial District Critical Incident Response Team, SWAT, and the Department’s Training and Personnel Unit. He promoted to the rank of Commander in 2022. Commander Edwards is currently the Commander of Patrol on the Platoon A Swings/Late Shift and is the Commander over the Greeley Police K9 Unit.

Commander Rafael Gutierrez is currently assigned as a Support Services Division Commander. He began his career with the Greeley Police in 1999 and held assignments in the department’s community outreach unit, property crimes investigation section, SWAT, Special Enforcement Team, and patrol division. He began his law enforcement career as a Denver Public Safety Cadet in 1994 and later working as a Deputy Sheriff at the Denver Sheriff Department. He was a department self-defense/ arrest control instructor, field training officer, and a SWAT sniper instructor for many years. He has a Bachelor’s of Science Degree in Criminal Justice and Law Enforcement Administration from CSU- Global and a Master’s of Science Degree in Organizational Leadership from the University of Colorado at Boulder.

He promoted to Police Commander in 2018. As a Support Services Commander, the department’s Professional Standards Office, Training and Personnel Unit, Public Information Office, and Body Worn Camera Management fall under his command. Commander Gutierrez is also tasked with management of special projects to include the implementation of a new public safety software, and other technology to improve efficiencies in training, administrative reviews, and evidence management. Commander Gutierrez is dedicated to supporting the agency so we may provide excellent services for our community to help make Greeley a safe place to work, live, and visit.

Fred Meyer is a Commander at the Greeley Police Department. Fred started his career as a police cadet in 1984, then became a police officer with the Greeley Police Department in 1986. He was promoted to sergeant in 1995, then to a commander in early 2018. During his career, he has been assigned to the Patrol Tactical Unit, Investigations, the Traffic Unit, the School Resource Officer Unit, and SWAT.  Cmdr. Meyer is currently the Watch Commander over Patrol – Special Operations.  This includes the Neighborhood Action Team, the School Resource Unit, the Traffic Unit and the Special Enforcement Team.  In addition, Cmdr. Meyer is the unit commander for the SWAT and Crisis Negotiations units.

Commander Roy Smith has been with the Greeley Police Department for twenty three years. During his time with Greeley Police he has impacted the lives of numerous officers and citizens. Cmdr. Smith started his career as a patrol officer then moved to a C.O.P unit where he was assigned to the Delta Park Apartments. Cmdr. Smith then became a gang detective for t he next 5 years and was promoted to Sergeant in 2006, after being promoted, Cmdr. Smith went back to patrol as a patrol supervisor. Cmdr. Smith was later transferred back to the Gang unit where he was the Sergeant for 5 years before being promoted to Commander in October of 2014. Cmdr. Smith is currently the Commander for the Investigations division. 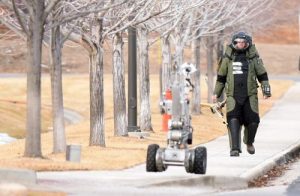 The Greeley/Weld County Bomb Squad was created in 1973. Since the bomb squad’s inception in 1973, it has grown to have six certified explosive ordinance disposal (EOD) technicians and one para technician. The Greeley/Weld bomb squad is F.B.I. accredited. We are recognized nationally as a regional bomb squad and service the following counties: Weld, Morgan, Logan, Washington, Yuma, Sedgwick, and Phillips. This region adds up to over 13,000 square miles, a population of 324,000, and 36 law enforcement agencies. 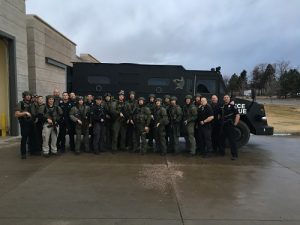 The intent of the Special Weapons and Tactics Program is to provide the police department with tactical response capability at emergency incidents beyond the scope of normal patrol operations.

The Special Enforcement Team (SET) is a proactive unit that focuses on the apprehension of high-risk offenders, warrant services, and career criminals. They also assist other units within the Department and have close ties to several outside agencies in including local, state, and federal levels. The Special Enforcement Team also supports several special events such and the Greeley Stampede and Sex Offender roundup. 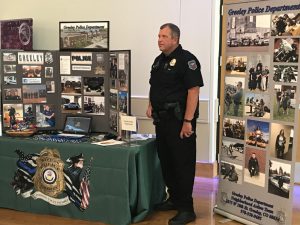 The Neighborhood Action Team specializes in proactively solving chronic and complicated problems within the community by partnering with non-profit, government, and business organizations. They are responsible for community outreach and engagement accomplished by hosting and participating in special events and utilizing social media. They manage a variety of programs designed to empower and enrich our community including the Shoplifter Task Force, College and High School internships, and Operation Safe Stay.

The primary goal of the Department’s police traffic management program is to promote the safe and expeditious flow of vehicular and pedestrian traffic through effective and efficient traffic law enforcement and delivery of police traffic related services designed to reduce traffic collisions and their resultant fatalities and injuries. The Traffic Unit has authorized staffing of one Sergeant and seven Officers. Traffic Officers use motorcycles, marked police vehicles, and unmarked police vehicle to enforce traffic laws. 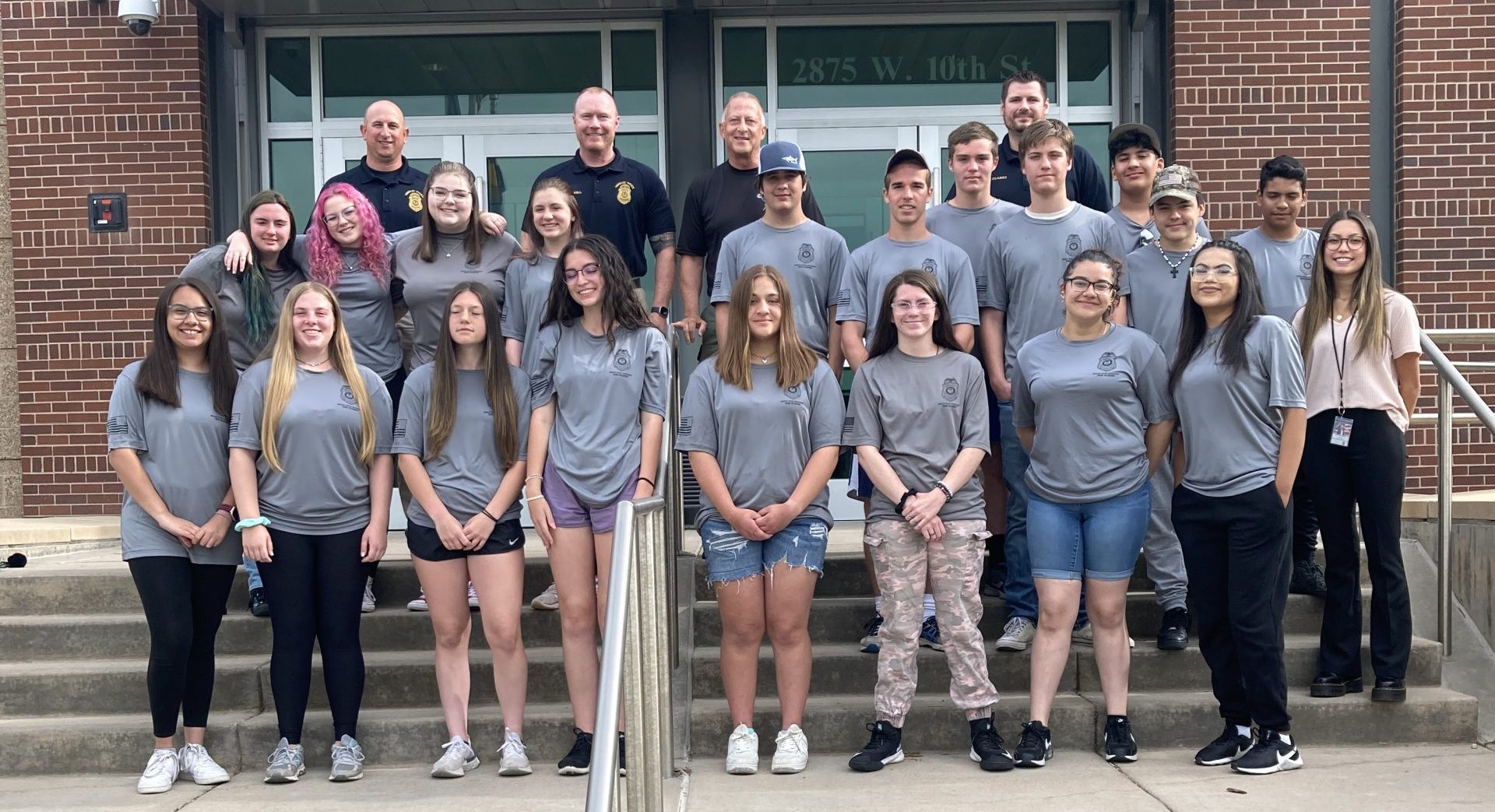 The unit is made up of five specially trained officers and one Sergeant. The SROs provide excellent police service to 30 schools, and over 20,000 students.

The principal focus of the unit is to ensure the safety and security of our children. However, the SROs spend the vast majority of their time building rapport with students and providing informal counseling. They frequently teach classes on the dangers of texting and driving, alcohol and drug abuse, and the importance of reporting criminal activity. 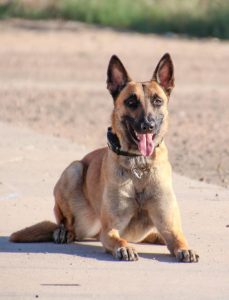 The men and women in uniform are visible throughout the city and ready to respond to the public’s calls for service. We have sworn officers along with Public Safety Technicians. We currently have four sectors dividing the city Sector A (North Greeley) Sector B (South/East Greeley) Sector C (West Greeley) and Sector D (Downtown Greeley). Our patrol officers are equipped with fully marked patrol vehicles. If you have a non emergent crime you may see one of our Public Safety Technicians responding.  Here at the Greeley Police Department we pride ourselves in customer service and  community-oriented policing.

The Support Services Division is responsible for providing the administrative and investigations functions of the police department. We maintain records and evidence for both the Greeley Police Department and the Weld County Sheriff’s Office. In addition we assist the Chief of Police with budget preparation and oversight. We manage the recruitment, personnel, and training functions for the organization. The division provides investigative support to the agency through the criminal investigations section and the Weld County Drug Task Force, which are each led by a police commander. 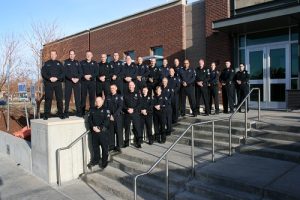 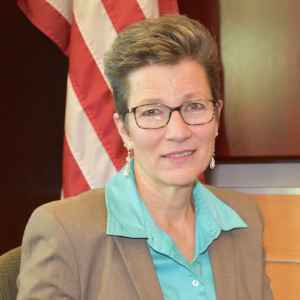 Records Manager Susan “Susie” West began her career in law enforcement working in records at the Adams County Sheriff’s Detention Center in 1991.  Susie became a sworn officer in the fall of 1992, obtaining her certification in January 1995, serving with the Evans Police Department, they Weld County Drug Task Force, and the Greeley Police Department.  When medical issues forced her retirement from the sworn side, and she returned to her roots, now managing Greeley/Weld County Criminal Justice Records and Evidence. Susie is a graduate of Franklin University with a degree in Forensic Accounting.

For all your records requests please see the records tab. 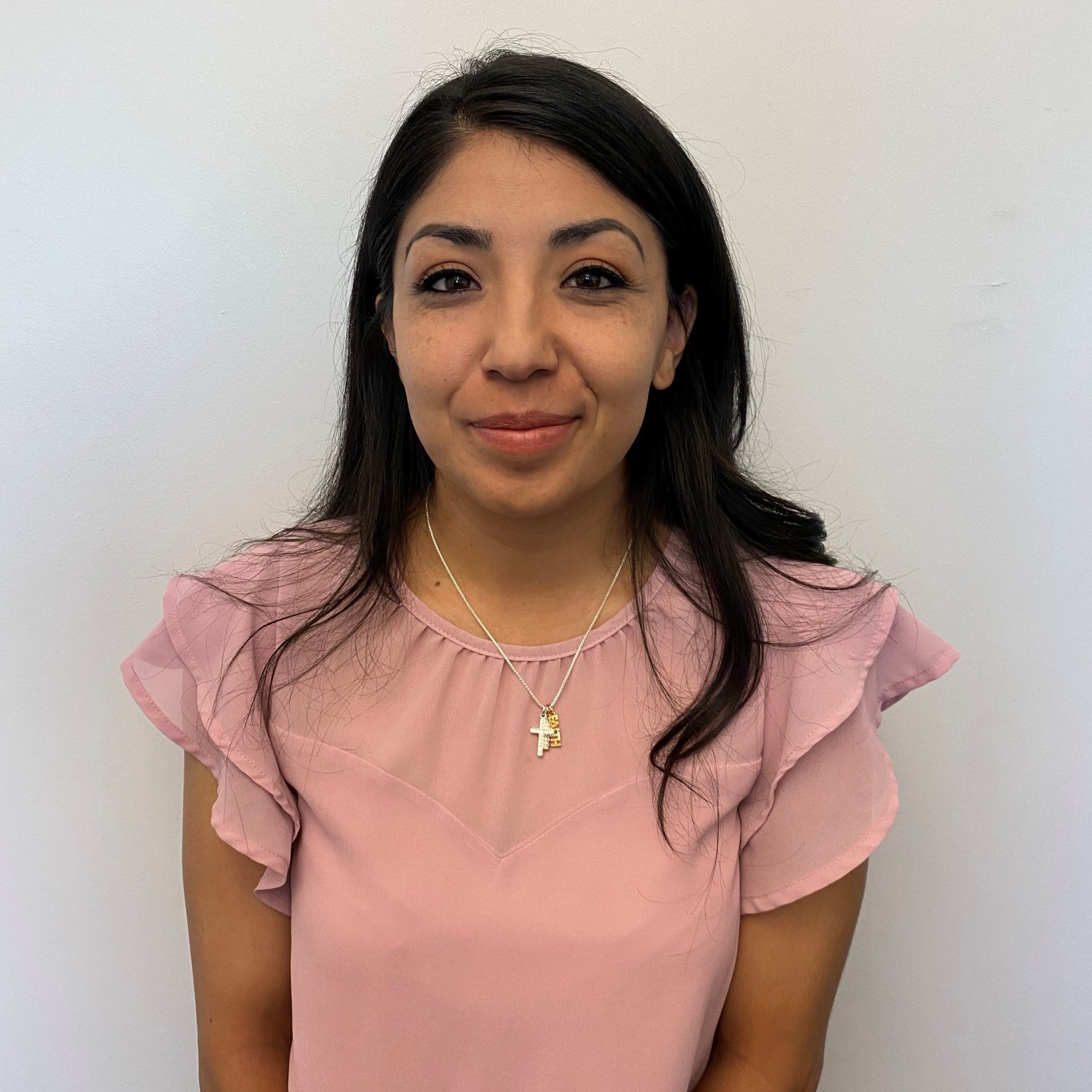 The Financial Unit is managed by Jamissia Masters who reports directly to the Services Division Deputy Chief.  The Financial Unit is responsible for accounts payable, accounts receivable, payroll, purchasing, budget control, and officer equipment inventory.  The unit also prepares the biennial budget with the support of the command staff.  Lastly, the Greeley Police Department is constantly seeking grant opportunities to continue to be fiscally responsible; therefore, the unit also manages state, federal and private grants.